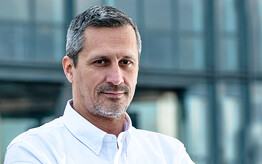 Daniel Šaškin is a celebrated Croatian rally driver. Particularly successful in Croatian domestic and open rallies. He won domestic Croatian rallies four times, at the Poreč Rally in 2008 in the crew with Damir Bruner, in 2005 at the Martin Rally, Kumrovec Rally 2013, he was on the podium 15 times, he won the race sections 24 times, and with Damir Bruner won 3 times.

He competed in the 41st Dakar Rally with co-driver Saša Bitterman, the first rally in the series to be held in South America. He finished it in 35th place overall and won 4th place in his class. Among the ten stages, there were one third, one second and one first. They were driving an exotic vehicle of the French BBR Team Can Am Maverick X3, which belongs to the category between cars and motorcycles, the so-called «Side by side«. They were part of the CRO Dakar Team in which the mechanic and "tuner" was a trophy Slovenian rally as Darko Pehljan and as an advisor Marin Frčko also a multiple participant in the Dakar rally.

Daniel Šaškin put his idea of ​​organizing the WRC race in Croatia into action in 2021. He was the President of the Organizing Committee of the WRC Croatia.

Organize WRC Croatia or perform at the Dakar Rally? Nothing easier.

The conference is organized by the Croatian Association of Oracle users & Croatian Java Users Association.